This expansion mimics the H P Lovecraft story, The Horror at Red Hook. It was written by Shawn Hakl. This is an abridged version of the original expansion, containing an edited version of what I feel to be the best elements in that expansion.

During Setup, observe the following rules.

For the most part the cards are mildly benevolent, although there are a couple of detrimental cards amongst their number. Many encounters within this expansion instruct players to draw specific cards, but occasionally players will be instructed to draw a Red Hook card. In such instances, they must accept what they find, even if it is Robert Suydam. 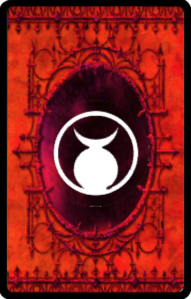 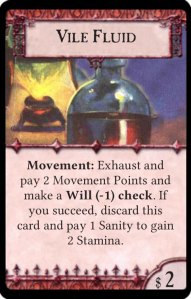 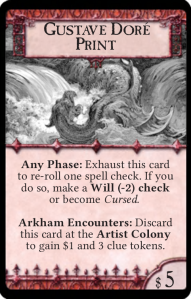 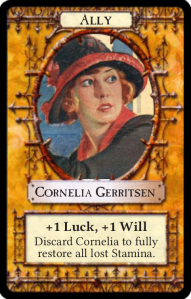 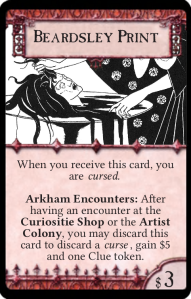 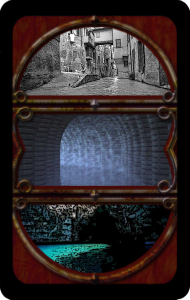 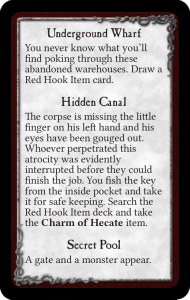 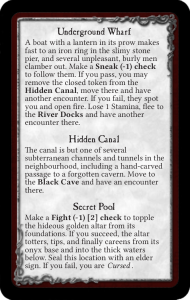 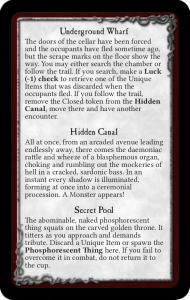 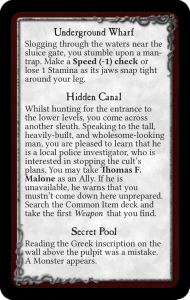 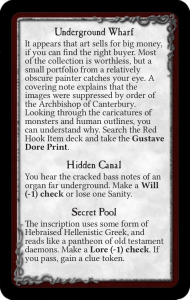 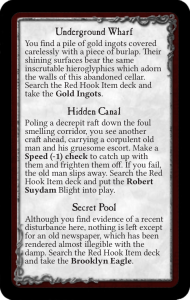 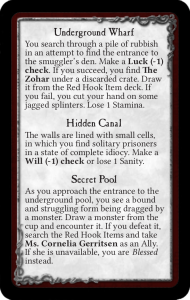 Two new spawn monsters are required to use this expansion. The Smuggler begins the game in play, whereas the Phosphorescent Thing may enter play via an encounter. 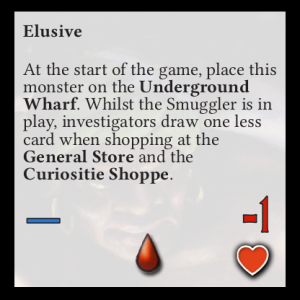 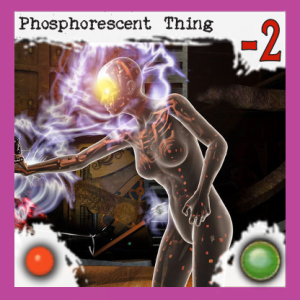 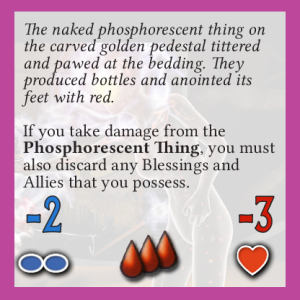 The following files have been made available for you to quickly print this expansion.